I don’t consider myself to be an ambitious person. I have never wanted to be Prime Minister or Chairman of a major public company. I would have been suffering nosebleeds long before I reached anywhere near such stratospheric heights.

However, I am a dreamer; always have been and always will be. The other day, as I was entering my 60th year (yes, really), I found myself reflecting on the subject of dreams, goals and ambitions. I concluded that I have no ambitions as yet unfulfilled. I have a wonderful life and a loving family. What else is left?

I simplified my life last year and took the momentous decision to say goodbye to more than 30 years of accumulated knowledge and experience as an accountant and begin a new career as a coach. After decades of doing what I had to do I now wake up every day, switch the radio on to Gold and wonder what the world (or at least LinkedIn) will have in store for me today.

I meet with whomever I want, whenever I want – in person, by phone or on Skype. I have a vocation which I love, helping to transform people’s lives. After all, why should I have all the fun?

No goals left, and no ambitions – except to be happy and fulfilled, and to try and help as many people as I can. It’s that complicated!

But dreams? Now that’s a whole different plate of lokshen pudding. I decided it was about time to get out the scorecard, so here it is,

So, when I look at my list an intriguing question strikes me. What is the difference between an ambition and a dream? And why does it matter to me as a coach? Here’s my theory.

An ambition is essentially time-bound. It exists for as long as it remains unfulfilled. Of course an ambition might take 30 days or 30 years to come to fruition, no matter. Once an ambition is done, it’s done. Move on to the next challenge.

The flipside is that once an ambition can no longer be achieved realistically, it ceases to be an ambition.

By contrast a dream is not time-bound, it lasts forever. Even if the dream is never fulfilled it remains a dream.

Take my case of the Men’s singles title. From the age of 9 when I could properly wield a tennis racket, I dreamt of being Wimbledon champion and not just any champion, but the champion who would finally win it again for Britain, some 30 years before Andy Murray had the same dream. The ambition didn’t survive my time as a club junior, but the dream has never died.

From the day I graduated with a BA in History, I yearned for the day when I might get back to studying.  I did not consider this to be a realistic ambition, because I never imagined it might happen. Last year, some 37 years after I dreamed the dream, I started an MA in Education. As Rebecca Holden has sung to the world, Dreams (really do) Come True.

The wonderful thing about a dream which comes true is that it neither dies, nor does it fade away. A dream that is fulfilled can be re-lived, it’s memory nurtured and in some cases passed down for future generations to cherish and perhaps to emulate.

For some people, dreams are spiritual and somehow “other worldly” and indeed there is some truth in this idea. An ambition is grounded in reality; the challenge remains within the realms of human endeavour however extreme. Dreams are what take us mere mortals to loftier heights than ambition alone can achieve. Dreams allow us, temporarily, to dwell among the gods.

What is the coach’s perspective on this? A few clients expect alchemy from their coach, to turn their dreams into reality. It is never that simple. But dreams and ambitions are not mutually exclusive. Think of Sir Edmund Hillary harbouring his boyhood dreams of Everest while exploring the majestic scenery of his native New Zealand. To achieve his mountainous feat, dreaming would never have been enough; Hillary required ferocious ambition and a dedicated single-mindedness towards setting and realising his goals

There is nothing more thrilling for a coach to hear her/his client say than “What I would really like to do is…”; in other words, to dare to dream. One day the dream may be realised and whatever realities we must endure, we can live with our dreams forever.

Can we solve rough sleeping in 2017? Yes We Can

Gender politics, or an honest conversation? 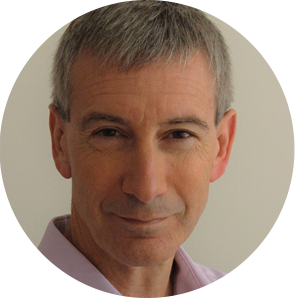